For a second consecutive year our group participated in the 39th Annual Conference of the American Society of Andrology (ASA) with the study entitled “The effect of antioxidant treatment on Seminal Vesicles and Vas Deferens function in the Diabetes Mellitus rat model”.  The meeting was held in Atlanta, Georgia from April 4th up to April 8th.  Atlanta is famous as the birthplace of Dr Martin Luther King, Jr., for the 1996 Summer Olympic Games, for its Aquarium which is considered to be one of the biggest in America, and probably for many other things that I am not familiar with.
On April 6th, a ceremony was held in order to award the studies which have been selected for their exceptional findings. Our study this year was awarded the 2014 NIH Trainee Travel Award. I received the award from Donna L. Vogel, MD, PhD who is a Past President of the Society and very supportive for young researchers. Thanks to Professor’s Takenaka kind support and the good findings of our study we could obtain for a second year in a row an award with our participation in the ASA Annual Conference, for which I am very happy and honored! As I also wished last year, I hope I can participate in the 40th Annual Conference of ASA and if possible obtain good results for our department. 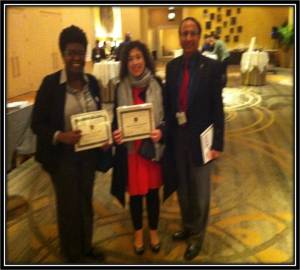 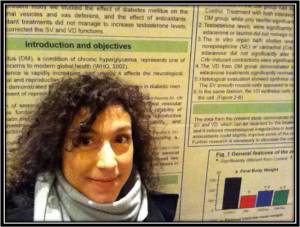 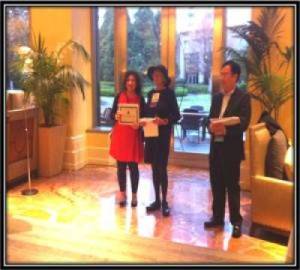